Extraordinary The Masters of Clay 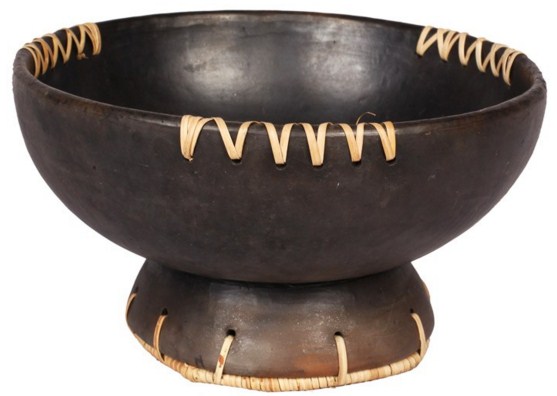 Masters of Clay is very cool art. The earth is what they worship, as most of us Indians do. But for the potters, the earth is more than special; it is what gives them their livelihood. Pottery has been known to mankind since times immemorial and has evolved from being a home-necessity to a distinct art form.

India being geographically distinct across each state, the kind of soil available is varied too thus lending a unique feel to potter made across the country. n the Northern extremes of India, in Jammu & Kashmir, the pottery is decorative yet utilitarian for the cold winters.

The Dalgate pottery of Kashmir made in the town of Chirar-e-Sharif is famed for its glazed style tableware of earthy colours. In another part of Kashmir, in Ladakh, pottery is moulded by hand with wooden and stone tools – oil lamps, tea kettles and barley wine pots are made here.

A little below in Jaipur’s Gangori Bazaar, Blue pottery is created – an old, yet distinctive tradition borrowed from Persia. Delhi too has its blue pottery villages – the Delhi Blue Pottery Trust on Factory Road is the place to go for learning all about this art form. Pokhran in Rajasthan is known for its pottery style with geometric etchings.

In Central India, Alirajpur town of Madhya Pradesh is where families of potters create their famed ochre and white terracotta horses. Their creativity in clay extends to roof tiles, water pots, the chhalki (curd storing vessel) and even one for storing toddy – Bhutia.

The tribes of Gujarat offer terracotta horses to their Gods; Tejgadh village has the most number of potter families that specialise in these horses. They also make terracotta utensils from black clay, lined with lac on the inside and outside giving it a red appearance. The lac helps retain moisture in food stored.

Towards the Western coastline, Sandur in Karnataka’s Bellary district has a large potter’s community that shape clay by throwing and beating.

While men work at wheel made pottery for storage, women also make small kitchen containers and plates. Potnal village in the same state has a community of women who make terracotta jewellery, with innovatively hand printed beads, baked and strung into necklaces and earrings.

Down South, in Tamil Nadu, the potters of Virachalai village are specialists in making the famed horse man idols called Ayyanar dolls who are known as the guarding deities of villages.

Using a mixture of clay, sand and paddy husk, the horse is first made into three sections and then put together. While Tamil Nadu has its traditional pottery styles, the Auroville community of potters in Pondicherry have introduced a stylised glazed pottery technique of their own.

This community uses a blend of local clay along with other types of clay and make exquisite tea sets and other kitchen crockery items.

Modern times have seen homes favouring metal ware for kitchens, making the potters of India a diminishing tribe. But it is not a totally bleak scenario, potters have creatively moved to making decorative home solutions that are now in demand world over for their style and technique. Mother earth wins after all.