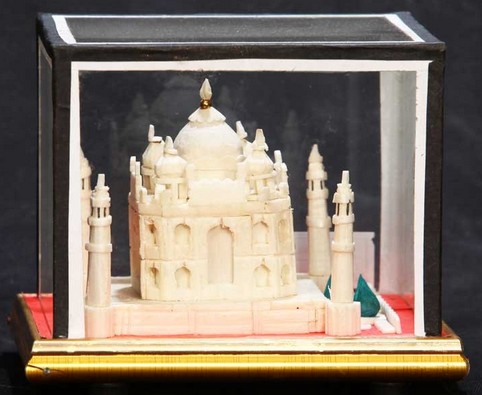 Among the various Indian arts is Pith Work, which has been in India for a long time. Indian artisans are skilled at making miniatures of anything you ask for. The stalks of an herbaceous plant are dried in sun until they loses all their water content. The uppermost layer is then skinned and all of them are cut into cylindrical blocks. Pith work is then carved out from these cylindrical wedges.

It was initially done by either keeping it plain or by colouring the miniature ivory, but in today’s time, many craftsmen make colourful sculptures out of pith. The final finished product comes in various sizes and the prices also range from a mere fifty to a few thousand rupees. The southern states of India are known for Pith work in the entire world. Visitors from far-off places appreciate this form of art. Many of them also take them home as a souvenir from the Indian soil.

The artisans are an expert in carving Taj Mahal, Rajagopurams, and other monuments; each piece in absolute resemblance with the original. The work requires a lot of finesse and dedication. The miniatures are made in parts. Each part is carved intricately with a very sharp knife and then stuck to the main body generally with a naturally made gum. This process can take up to days for making a single specimen which is later on placed into a glass case and sealed from all the sides.